I've put this post off for a while, because since deciding to write it it has become apparent that Boston Terriers are boring. They are described as ranging from "eager to please" to "stubborn", so basically there's not much to say about them. Some do this, others do that. The most interesting thing I found about them is all the pictures on The Boston Terrier Club of America seem to be about a million years old.
I mean admittedly they have funny faces, and are fun to draw (A++ would draw again), but they're nothing to write home about. Let alone writing to your internet blog read by literally couples of people.
I don't know much about Boston either. 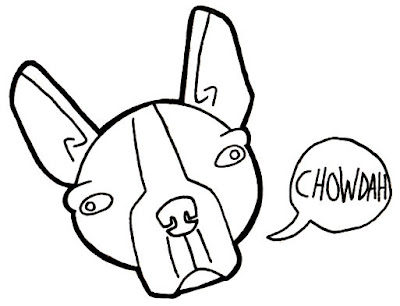