I believe it is time I laid out my aims for this blog.
I intend to draw a dog every day, totalling at least 365 dogs. I wish to do at least 100 dog comics, 24 featured breed articles, and 6 well finished pieces.

As of this day, January 31st, my running totals are as follows.

Tomorrow is Hourly Comic Day, as well as my birthday, so I might be too busy to post my dog. BUT I WILL DRAW ONE! Probably as part of the comic to save time. The full comic will probably be posted here, so check that out later if you are interested.
Posted by Dr.Salt at 20:50 2 comments:

Round Dog is Sick 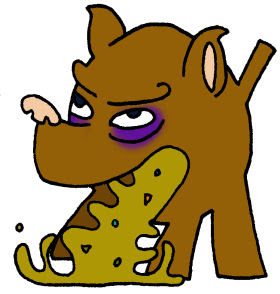 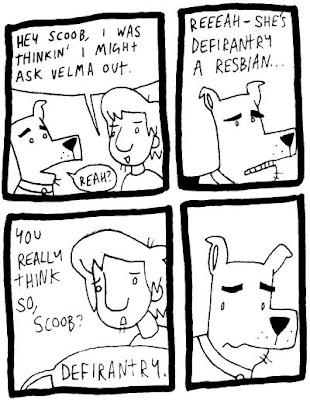 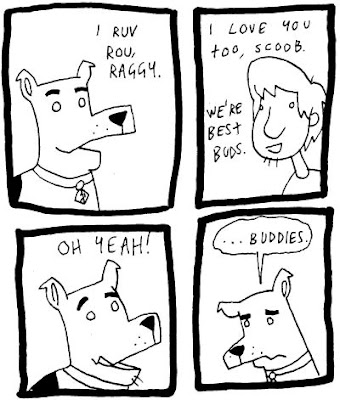 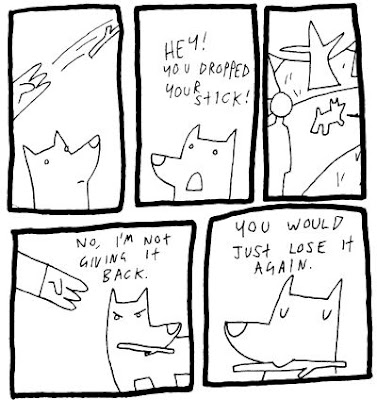 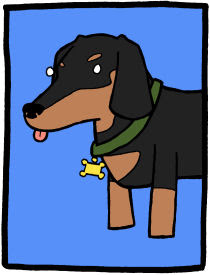 Dachshunds are believed to have originated in Ancient Egypt due to their having been drawn on walls there, although the Dachshund as we know it today was bred in European for the purpose of hunting badgers. The breed's name in German literally means "Badgerdog", however we know it better as the sausage dog. A little known fact is that the name is less to do with it's unusual shape and more to do with how delicious it is.
Dachshunds have an extremely long spinal column and short rib cage which can unfortunately lead to them having spinal problems, such as intervertebral disc disorder. However this is a small price to pay for the sake of looking hilarious.
According to Wikipedia they are "viewed as a symbol of Germany". I've never thought this though, I've always just considered them as the symbol of a funny looking dog. So take that with a pinch of salt, yo. 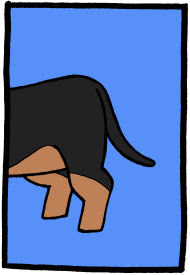 What people are saying about Dachshunds:
Eric - "I like them. I like all dogs."
Taylor - "Eh, they're okay."
Hans - "You mean the symbol of Germany? They're awesome."


Dog of Indeterminate Length
Posted by Dr.Salt at 16:53 2 comments: 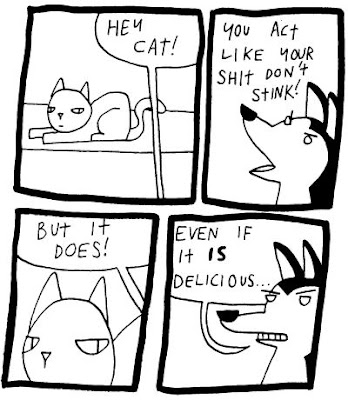 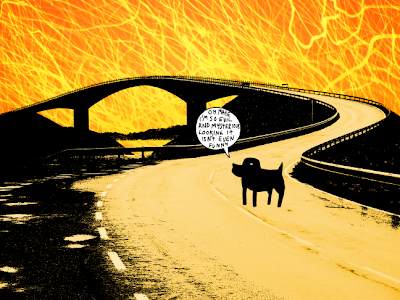 You'll have to click the image to see the full size if you want to read the text. I could just make the bubble bigger, but I WON'T COMPROMISE MY ART!!!
Posted by Dr.Salt at 16:32 No comments: 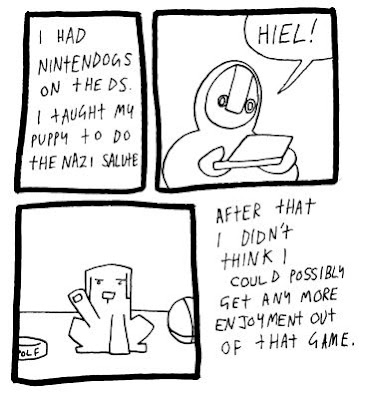 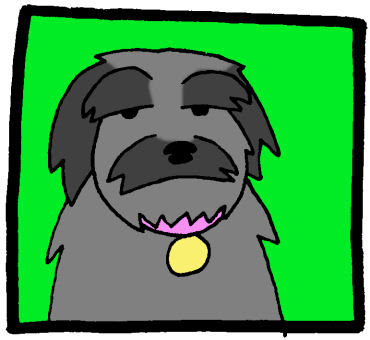 Better one tomorrow! I left it a bit late today.
Posted by Dr.Salt at 23:20 No comments: 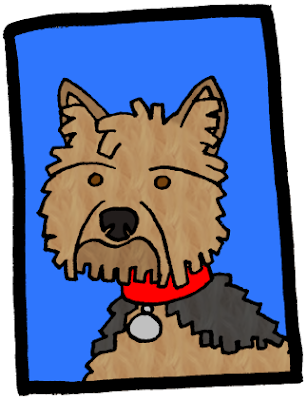 Grievance Dog and the Vending Machine 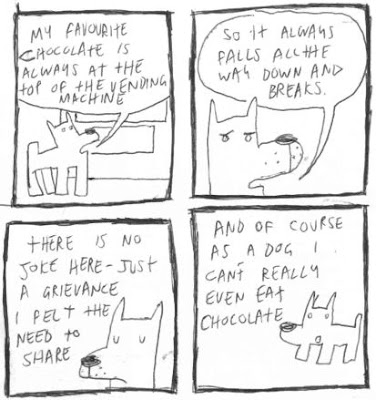 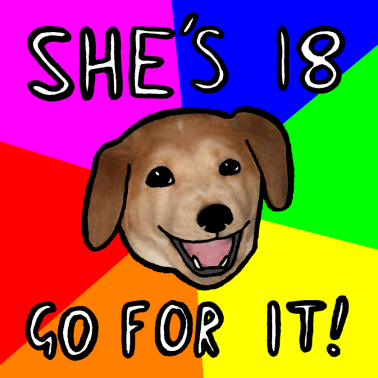 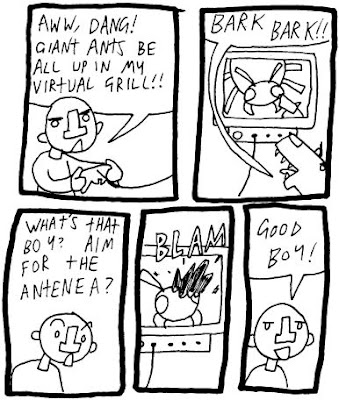 This one was drawn on the train.
Posted by Dr.Salt at 17:42 No comments: 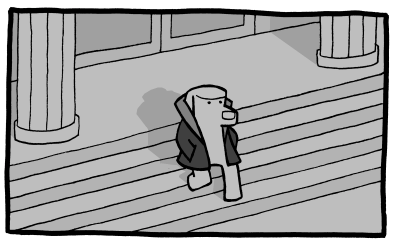 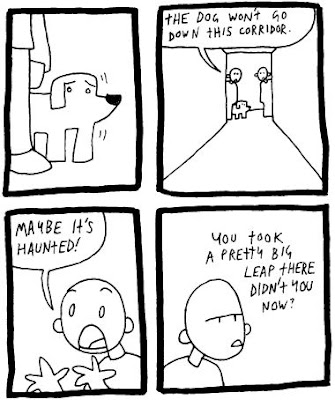 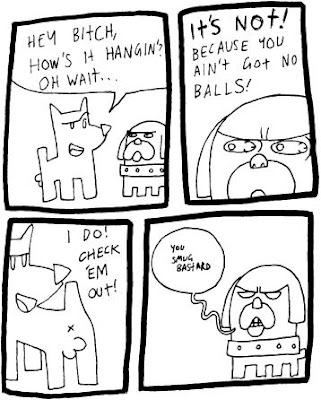 Not the smartest joke.
Posted by Dr.Salt at 15:31 No comments: 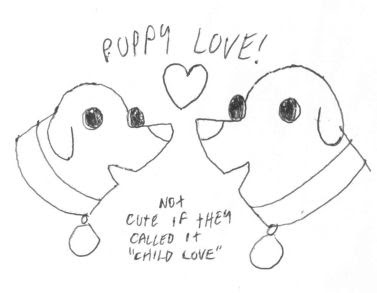 I'll have a good dog tomorrow, I promise.
Posted by Dr.Salt at 23:18 No comments: 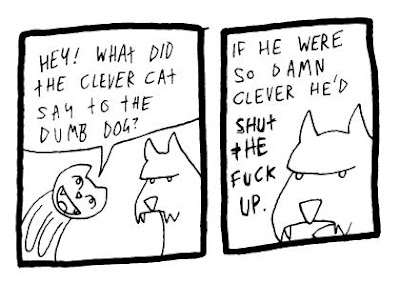 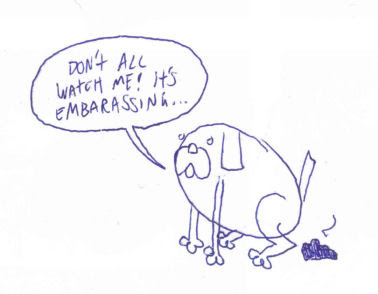 Another drawn at work dog. You got to keep busy, yo.
Posted by Dr.Salt at 21:49 No comments: 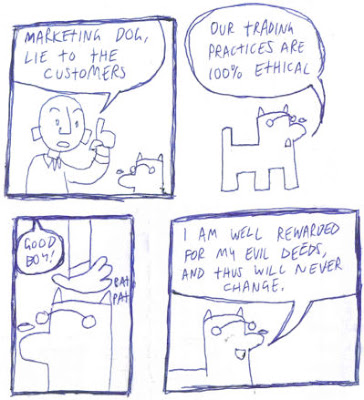 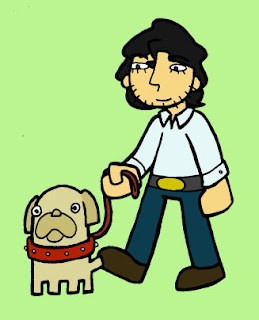 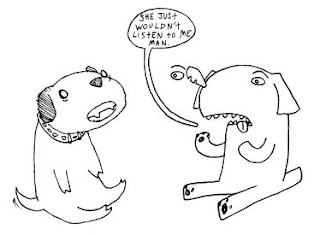 This was drawn with my friend Gouch down at the old pub.
Posted by Dr.Salt at 22:00 No comments: 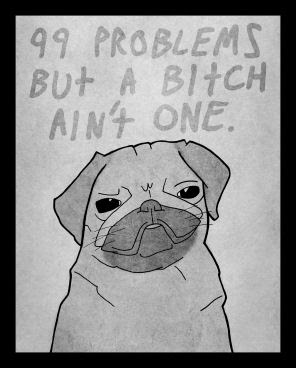 99 Problems Dog
Pugs were originally bred in East China during the Shang dynasty to adorn the laps of the Chinese sovereigns, and as such are the ancient Chinese equivalent of the Chihuahua. In 16th century Italy Pugs were dressed in matching jackets and pantaloons, and sat by the coachmen of the rich. This is one of the few incidences of dressing a dog in clothes I feel I can condone.
Also according to Wikipedia "Pugs are often referred to as the comedians of the dog world." Though I have never heard them referred to as such myself, I can see how this might happen. They have hilarious faces. They're ugly and cute at the same time. They have this weird way of always looking sad or angry. I imagine they must get bullied as kids for having a face like that, which I believe is another common trait among comedians.

I will be doing comics when I have the time/ideas. This blog will have some substance soon.
Posted by Dr.Salt at 17:48 1 comment:

I cut it a bit close today because mum was watching videos of people getting punched in the face on Youtube so I couldn't get at the scanner.

Special thanks to my friend Ginger George for letting me use his laptop quickly. Feel free to check out my Tegaki E account. It's just this at the moment, but something good will be bound to pop up eventually.
Posted by Dr.Salt at 18:06 No comments:

I made this for my MySpace. I have had one for a while, but it never gets used. It can be another art site now. I like it. MySpace is stupid. It's so gaudy. So I'm going to use this pic there to link back here, as well as some other sparkly shit to link to my other online workings.
Posted by Dr.Salt at 15:35 No comments: 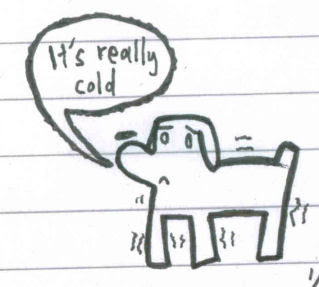